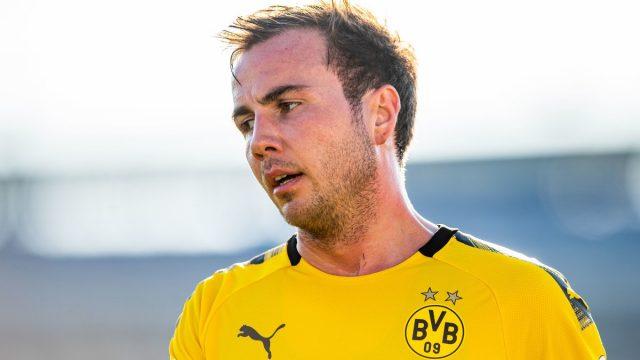 Mario Götze contract with the Borussia Dortmund is set to expire at the end of the season. This comes after he was offered to take a pay cut to stay earlier in the season.

Before the outbreak of coronavirus, the negotiations with other clubs were reportedly underway with two teams (Hertha Berlin and another unnamed Bundesliga club) taking the lead in their bid for the attacking midfielder.

The 2010 World Cup winner has only been used as a marginal player this season. He has been in the pitch for a total of 596 minutes. Making only 19 appearances in all competitions.

The 27-year-old star who rejoined Borussia Dortmund in 2016 after a three-year spell at rivals Bayern Munich is currently one of the best paid players at Borussia Dortmund. He bags an annual salary of 10 million euros.

In his statement earlier this week, Borussia Dortmund sporting director Michael Zorc said that coronavirus crisis would make the summer “unpleasant” quite unpredictable. This comes at a time when all transfer activities have been stalled.

“There will not be three transfers in three days this year. There is a lot of uncertainty in all clubs. We first have to manage this crisis situation. This summer will be unpleasant.”

Other players who could also leave this summer includes; Tobias Raschl, Leonardo Balerdi and Mateu Morey on loan.