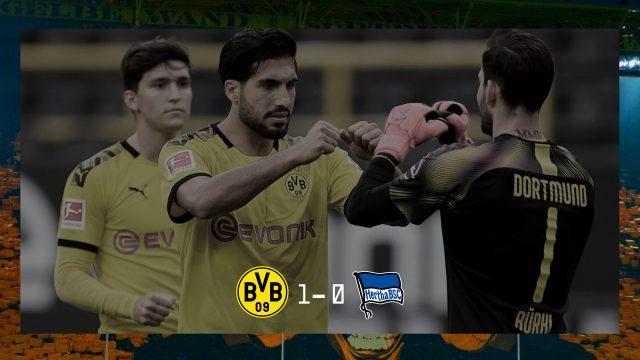 Borussia Dortmund edged past Hertha Berlin at the Signal Iduna Park, helping them drift further away from outside the top 4. Dortmund scraped through, thanks to a goal from Emre Can in the second half of the game. 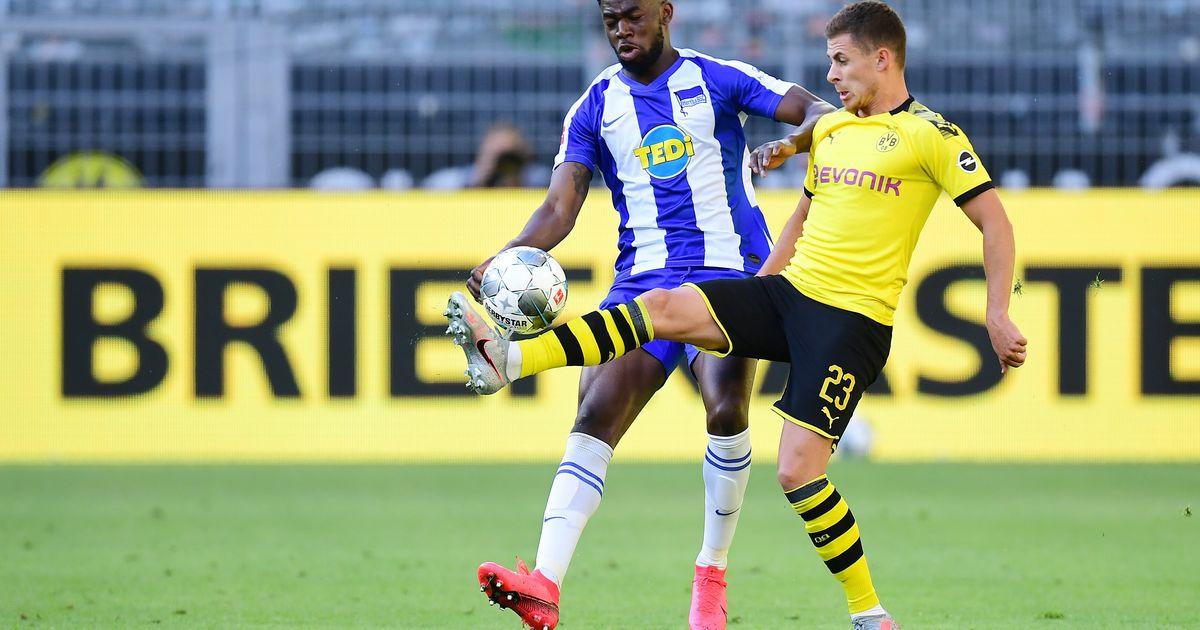 Dortmund dominated most parts of the game but struggled to break through the opposition, owing to Hertha Berlin’s defensive solidity. Although they weren’t clinical with the chances they created, all it took was one fine finish from Emre Can.

Hertha Berlin must be credited with the stability they displayed in their tactical organisation, with Dedryck Boyata and Jordan Torunarigha performing at the highest level in central defence. They barely put a foot wrong all game and will consider themselves unlucky after conceding a goal. 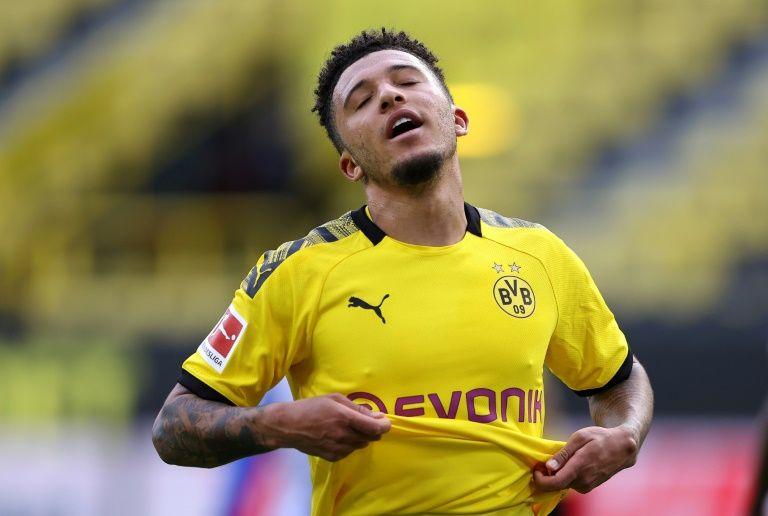 Nothing extraordinary happened in the first half of the game, but the dynamics of the game turned out to be quite interesting. Dortmund constantly furthered their attacking intentions, but with no end product. Hertha, on the other hand, threatened on the counter-attack, and despite not having much of the ball, they managed the only shots on target of the first half.

Dortmund needed a change in tempo, and they did just that in the second half. They carved out their first clear-cut chance just six minutes after the break. Jadon Sancho, the last game’s man of the match, had a scoring opportunity from a couple of yards out but wasn’t able to convert. He received a simple pass from Thorgan Hazard but failed to twist his body in a manner from which he could score. 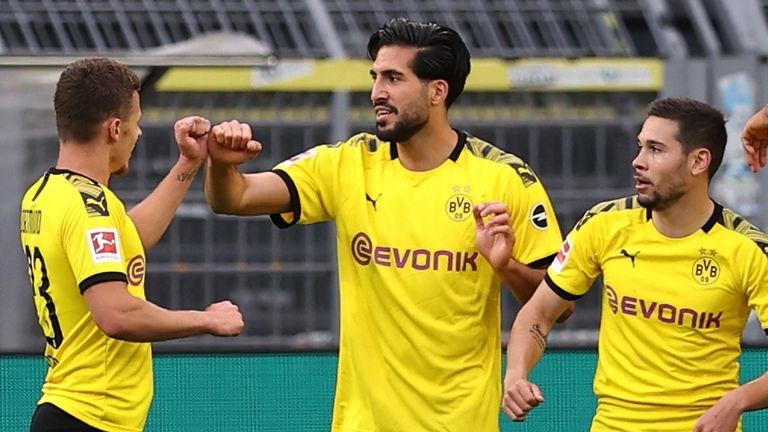 Dortmund continued to pile on the pressure, and Hertha’s defence ultimately folded in the 58th minute. It was a simple three-pass move when Sancho’s aerial ball into the box was headed down by Julian Brandt into the path of Emre Can who tucked his finesse shot into the far corner from the edge of the box.

As the rain gushed onto the pitch, Dortmund remained in control, barely giving Hertha slightest sniff of an attacking opening. Just as the game was to conclude, Jadon Sancho had another golden opportunity to score, which he created for himself with some wonderful footwork, weaving through Hertha’s defence. Unfortunately for him, Hertha’s keeper Rune Jarstein rushed off his line to thwart his grounded shot.

The win takes Dortmund 7 points clear of 5th placed Bayer Leverkusen in the table, as they inch closer to champions league qualification.