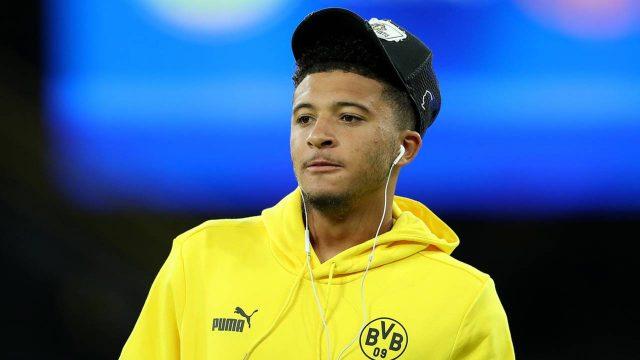 Jadon Sancho is Borussia Dortmund’s biggest asset in these testing times. If Sancho is to leave to a team in England, he could command a fee of over 100 million Pounds. This could be very helpful for Dortmund in a year where they estimate losses to be over 45 million Euros. However, Sancho will not move back to his former club, Manchester City.

A product of the City U-18 team, Sancho left Manchester City to join Borussia Dortmund in 2017. City’s current manager, Pep Guardiola has recently spoken out about how it would not make sense for Sancho to return with his former club.

When questioned about a possible return for Sancho, Guardiola said, “No, no, no. He decided to leave. Why should he decide to come back? We wanted him to stay like Eric Garcia and Phil (Foden) but he decided like Leroy now and myself, when I decided to move to other countries to be a manager, to move.”

This clearly shows that Guardiola is not bitter over the Englishman’s decision to move to Dortmund, as he believes that different people make different career choices.

The manager added, “When he decided to move to Dortmund, it’s not because he is going to decide to come back one year later. It would make no sense. He didn’t want to be here, so that is why I think he doesn’t want to come back here.”

This means that there only a handful of clubs that could actually make a move for Sancho owing to the damaged financial market.