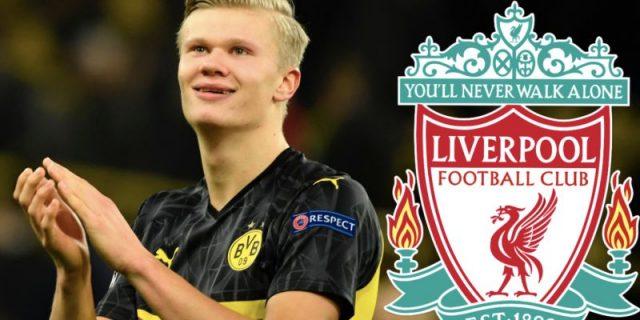 In a show for SKY90, Freund admitted that Haaland’s choice to move to Dortmund was the right move for him, but not the last move. He said, “The talks with Dortmund were short. They told us that they have come to an agreement. We didn’t have that much influence on it, but it worked out correctly.”

However, he doesn’t believe that Haaland’s future lies at Dortmund in the long-term. He added, “He can play for all clubs in the world. With his mentality, his will and his self-confidence, he will be able to make a mark on European football in the next ten years.”

He concluded that Haaland will “land” in Liverpool. Haaland has previously conceded his admiration for the Premier League Champions. This was in a pre-match interview for the RB Salzburg vs Liverpool clash at the Reds’ home stadium, Anfield.

Liverpool are often compared to Borussia Dortmund in terms of the team’s oneness with the fans. Although it is too early to say whether the move would happen, it is certainly a possibility.