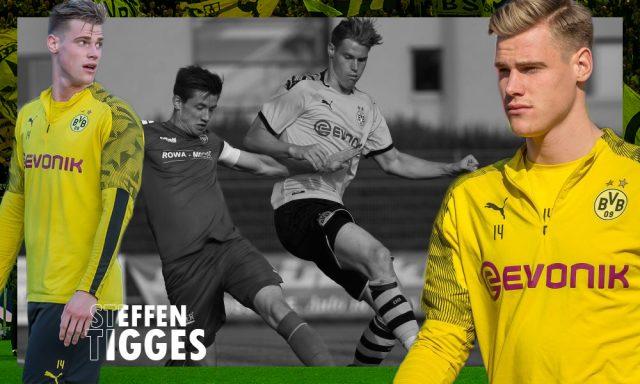 Borussia Dortmund Under-23-star Steffen Tigges is a young German forward who has recently spoken out on the atmosphere at the club. He has often been compared to the first team striking sensation Erling Haaland, as they both have similar frames at nearly 1.94 metres tall.

Tigges moved from the German third division club Osnabrück in the summer transfer window of the 2019/20 season. He has said that the transition from Osnabrück to Dortmund was massive as, “The size of the club is of course a difference. Everything is much bigger and the sporting success is of course different”, Tigges said speaking with schwatzgelb. 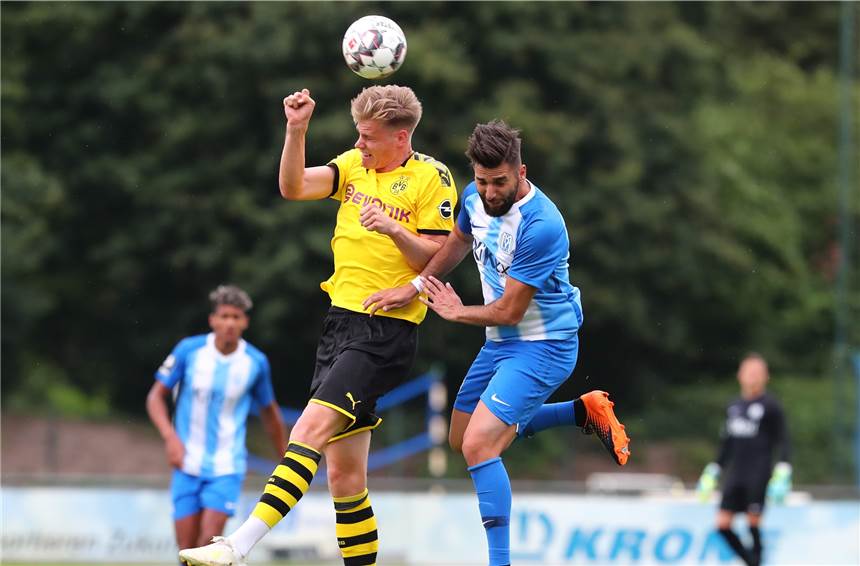 The striker believes that if he continues to work on his strength and fitness, he should be able to break into the Dortmund first team. He spoke about weight training “I think that also helps me to become stable, because of my size it is important. In hours I would say five, six, maybe seven. After training, I’m actually always up in the weight room and do something for myself.”

When compared to Erling Haaland he acknowledged that his quality was nowhere near the likes of the young Norwegian forward. However, he would like to adopt a similar style of play to that of Haaland. 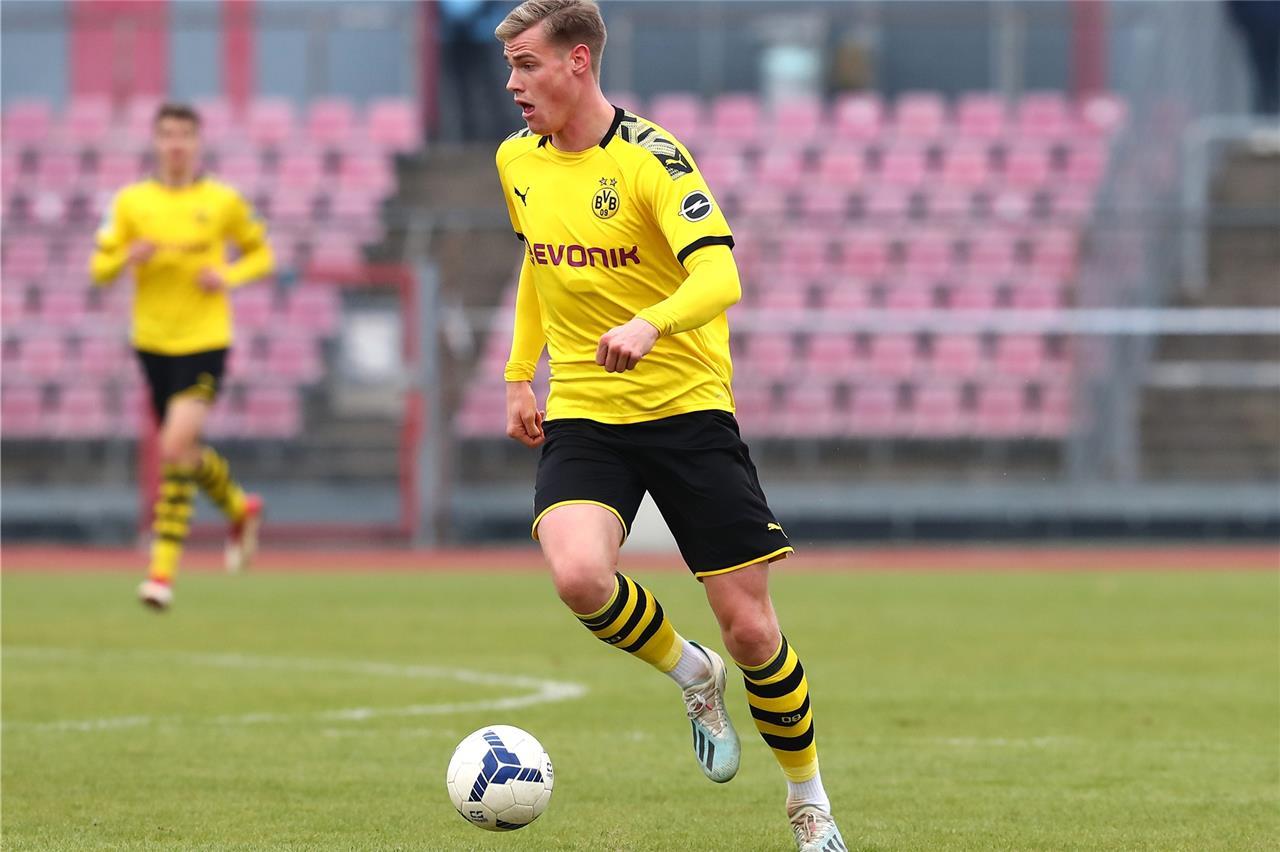 Tigges has already scored 9 and assisted 10 goals for the Under-23s, so it shouldn’t be long before Lucien Favre recognises his talent and gives him a shot in the first team.

When questioned about his long-term goals, Tigges replied “I’ve always said that I want to play Bundesliga. But that’s still a long way to go. I was in the training camp with the professionals in winter and you can tell that something is still missing – but of course that is also the highest level of Bundesliga quality.”

If Tigges can carry on his form for the Under-23’s and continue to impress in training, he will soon immerse into the first team’s functioning.