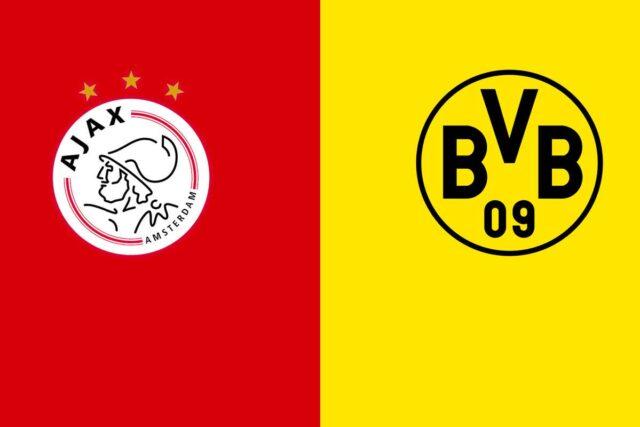 After an impressive win over the weekend, Borussia Dortmund returns to UEFA Champions League action on Tuesday, as they Ajax Amsterdam.

Marco Rose’s men recorded a 3-1 victory over FSV Mainz 05, a game which saw the return of Erling Braut Haaland from injury. Marco Reus was another person who found his name on the scoring sheet alongside the Norway international.

Ajax on the other side beats SC Heerenveen in the Dutch Eredivise over the weekend with Sebastian Haller and David Neres finding the back of the net.

In this season’s Champions League, both Ajax and Dortmund have won all of their first two games in the group and Tuesday’s clash will be an opportunity to get an outright leader in their group.

Ajax opened their campaign with a 5-1 away win over Sporting before beating Besiktas at home, while Dortmund managed slim wins over both Besiktas and Sporting respectively.

Ajax and Dortmund have faced each other twice in the Champions League with the Black and Yellows taking advantage on both occasions in the group stage. Dortmund beat Ajax 4-1 away from home before managing a 1-0 win at the Signal Iduna Park.

However, nine years apart since their last meeting, tomorrow’s encounter promises to be a different showpiece all together.

With no fresh injury sustained over the weekend, Ajax manager, Erik ten Hag has everyone available at his disposal for for Tuesday’s game. The manager is expected to some changes to his starting line-up against the German side.

For Dortmund, Mateu Morey, Raphael Guerreiro, Soumaila Coulibaly and Youssoufa Moukoko still continue spend time on the sidelines while Giovanni Reyna, Mahmoud Dahoud are all doubts for the encounter.