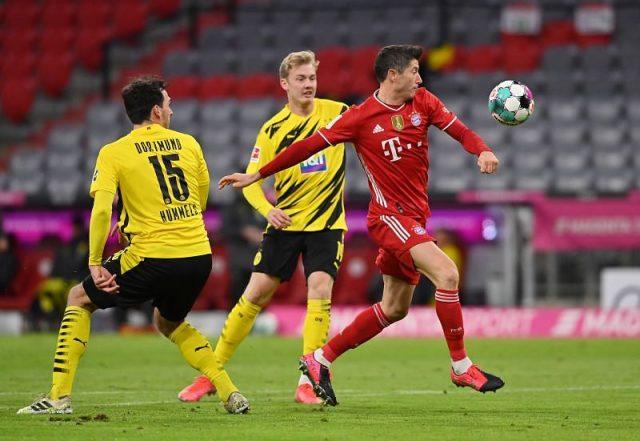 Borussia Dortmund blew a two-goal lead in their league game over Bayern Munich at the Allianz Arena over the weekend.

The game which took place on Saturday saw a key challenge between the world’s most prolific strikers at the moment, with Erling Braut Haaland going head-to-head with Robert Lewandowski.

Despite going down two goals in the first 10 minutes of the game, the home side recovered very well to record a 4-2 victory.

Haaland put the away side in the lead after just two minutes played, finishing off neatly after being played through on goal by Thomas Delaney.

Thorgan Hazard also came into the frame in the seventh minute, assisting the Norway international as Dortmund doubled their lead.

However, that was all the goals the Black and Yellows could see as a hat-trick from Lewandowski and a goal from Leon Goretzka saw the Bavarians complete a turnaround.

Lewandowski’s first two goals came in the latter part of the first half as the home side drew level.

Edin Terzic’s side moves further away from the title as well as making it difficult for themselves the opportunity to get into the top four spots.