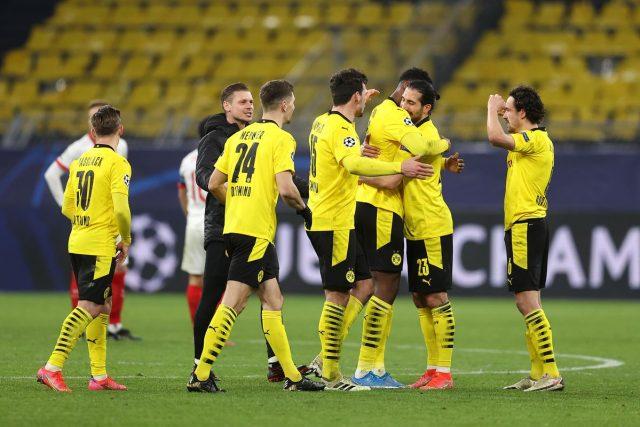 Erling Braut Haaland added more goals to his UEFA Champions League goal tally as Borussia Dortmund booked their place in the quarter-finals of the competition.

The Black and Yellows played out an interesting 2-2 draw with Sevilla at the Signal Iduna Park in the second league of their round of 16 tie, the former suffering a late scare.

Haaland opened the scoring for the home side after 35 minutes, tucking into the net a pass from Marco Reus, who has been in great form recently.

Despite attempting seven shots in the opening half, Julen Lopetegui’s men could only trouble Marwin Hitz with just one.

Dortmund continued to press after the recess and had a penalty awarded instead of an outright goal by Haaland in the 52nd. The Norway international stepped up to take the penalty, missing the initial effort but when asked to retake, the striker made no mistake this time as Edin Terzic’s side doubled their lead.

Youssef En-Nesyri pulled one back for the Spanish side before he added a second in the injury time, but his efforts could only earn them a draw.

Borussia Dortmund now advances to the last eight of the competition for the first time since the 2016/17 campaign.