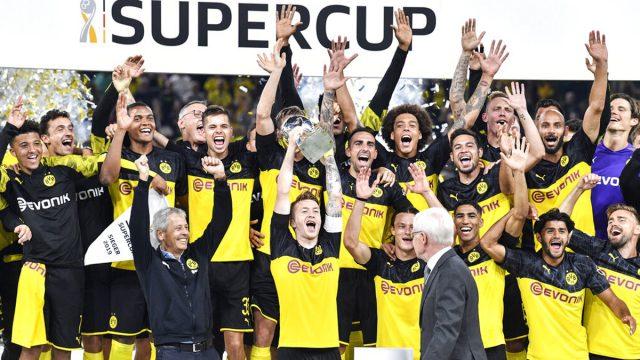 The Supercup is generally the opener of the German footballing season, however, owing to extraordinary circumstances the game will be played on the 30th of September. This is 12 days after the start of the Bundesliga, which is on the 18th of September.

In the 2019/20 season, Borussia Dortmund came out victorious against Bayern Munich in the DFL Supercup. The game was played at the Signal Iduna Park, where Dortmund came out as 2-0 winners. The goals came from Paco Alcacer and Jadon Sancho. Alcacer left the club in January 2020, but Dortmund have done well to replace him with Erling Haaland.

Haaland has been impressive so far, with 13 goals in his 15 Bundesliga appearances. The Norwegian striker will be the key to Dortmund’s hopes of securing another Supercup win.

In last season’s Supercup, Jadon Sancho was awarded the man of the match trophy. Whereas for this season, it remains unclear whether the club will still have Sancho by the end of the transfer window. Either way, the Supercup is the perfect time for Dortmund to display their prowess to the rest of the league. A win would boost morale in the camp and will be a statement of intent.