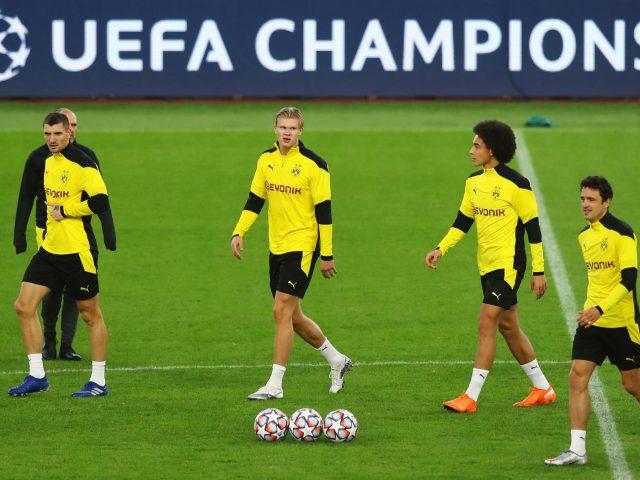 Borussia Dortmund are set to host Lazio in the UEFA Champions League on Wednesday at the Signal Iduna Park.

The Black and Yellows will go into this game knowing that a win today will all but confirm their position as group leaders and qualify them into the next round of the competition.

Lazio on the other hand will also be hoping for a win to secure qualification into the next round and that would mean a great battle lies ahead for both teams.

We take a look at some defining key clashes that could determine the outcome of game in Germany:

Two of the most prolific forwards will face each other once again on Wednesday and it could a headline-grabber for any of the two. Haaland has six goals in the competition so far which started against the Italians on matchday one.

Immobile on the other has three goals in two games in the competition and will be hoping to replicate what he did for his side in the reverse fixture.

Two of the best creators in the game would also be a battle to watch in midweek. They could be very important for their sides and marking them out of the game could also mean their teams would potentially struggle to create much opportunities in the game. They have a combined number of three goals involvement in the Champions League.

Roman Burki has three cleats sheets in the competition from four games while Reina is yet to keep a clean sheet in the competition. However, experience could come into play in their next clash and both will have to deal with attacks to secure maximum points for their teams.

Both managers knowing how important each player is to them rested the midfielders over the weekend, meaning there could be fresh blood running through the midfield show on Wednesday.

Bellingham has fitted very well into the Dortmund team and it is no surprise that he was being chased last summer by a number of clubs.