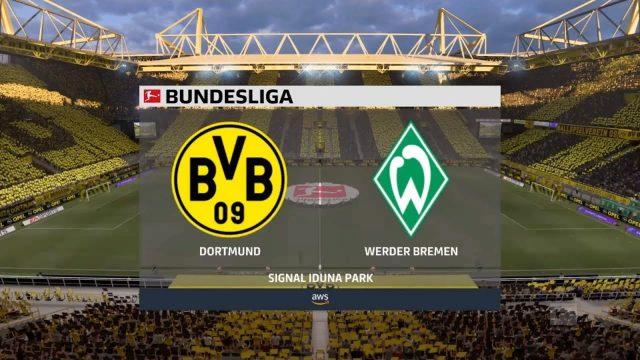 Borussia Dortmund will look to turn all their attention to making it into the top four of the German Bundesliga at the end of the season following their exit from the UEFA Champions League.

The Black and Yellows lost to Manchester City on Wednesday with a 1-2 scoreline at the Signal Iduna Park, making it a 4-2 aggregate in favour of the Premier League club.

Back to league action, Borussia Dortmund faces Werder Bremen in their next game hoping that a possible win will kick-start a good run of form in the remaining games.

A win for Dortmund will take them closer to the top four places knowing that both Eintracht Frankfurt and Wolfsburg face tough fixtures over the weekend as well.

Dan-Axel Zagadou and Youssoufa Moukoko are all out for the rest of the season. And despite being involved in light training, Axel Witsel is not expected to be on the pitch for Dortmund until at least next season. Veteran Marcel Schmelzer is also out with an injury while Jadon Sancho and Thomas Delaney are doubtful.

For Bremen, former Dortmund defender Omer Toprak is unavailable for selection together with Nick Woltemade. Florian Kohfeldt also has a decision to make on Luca Plogmann.