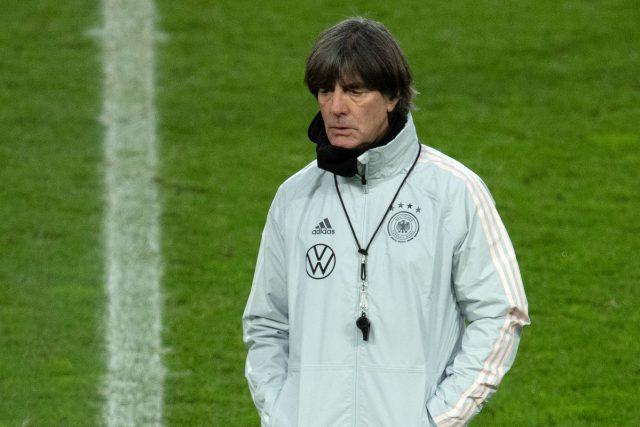 Germany national team coach Joachim Low has left the door open for Borussia Dortmund stars ahead of his squad selection for the European Championships in the summer.

Dortmund have more than five German internationals in their squad including Marco Reus, Julian Brandt, Emre Can, Nico Schulz and Mahmoud Dahoud with all players hoping to make it to the tournament.

Mats Hummels, who has not made the squad for some time now also faces a slim chance of making a return to the squad.

Low revealed that they are currently monitoring the progress of Reus, who looks lively again after spending months on the sidelines.

The gaffer said in an interview with BILD, “With Marco, who has already had to overcome many setbacks, you could see at the beginning after his long injury that he had a bit of trouble with his pace. But he has what it takes to come back, he seems livelier again and has had some good moments. We will continue to monitor his progress closely and hope that he can continue the positive trend.”

Joachim Low also praised versatile Emre Can who has become important for Dortmund once again due to their defensive mishaps. “He has incredible versatility. He also has an outstanding mentality, he’s a leader who can inspire everyone,” Löw said on Can.

On the issue of Brandt, the boss voiced an encouraging message to the former Bayer Leverkusen playmaker. He added, “Jule is now coming into his prime football age and can do things in training that I haven’t seen in a long time. He has outstanding skills and is always capable of producing surprising moments. I hope that he consistently puts these performances on the pitch, then he can help any team.”

He also commented on the chances of Schluz for the championship. “Nico was incredible when he joined us. His dynamism and pace, they were outstanding. Of course, it’s not an easy situation for him now because he doesn’t play that often and he lacks rhythm. But he is a fighter.”

The tournament is expected to begin in June with Germany in the same group as Portugal, France and Hungary.