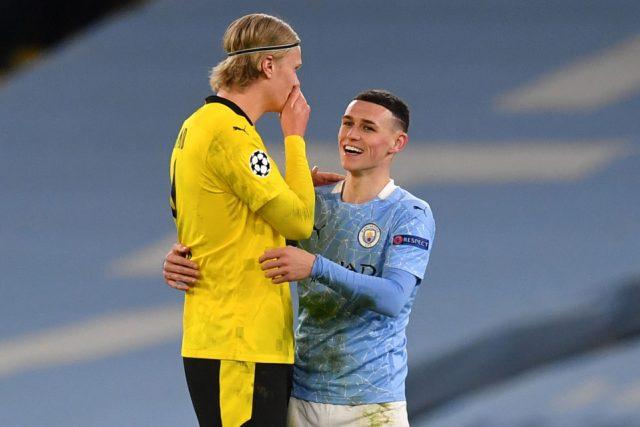 Borussia Dortmund were left heartbroken after the final whistle at the Etihad Stadium with Phil Foden’s late goal securing a first-leg win for Manchester City in the quarter-finals of the UEFA Champions League.

Jude Bellingham had a goal controversially ruled out for a non-existent foul on Ederson after the host had taken the lead through Kevin De Bruyne.

The Belgium international broke the deadlock after 19 minutes played, striking through the Dortmund defense after a pull-back from Riyad Mahrez. City also had a penalty shout canceled after checks with the Video Assistant Referee before the controversial Bellingham situation.

The Dortmund midfielder made a good steal from the City goalkeeper before tapping the ball into the net but referee Ovidiu Hategan deemed the England international to have fouled the Brazilian, showing a yellow card in the process.

After the recess, Dortmund continued to look for the equaliser with the likes of Erling Braut Haaland and Marco Reus all coming close to scoring but there were few chances of that.

However, with just six minutes to go Edin Terzic’s men looked to have salvaged a draw when Reusstruck home his 18th Champions League goal for Dortmund after receiving assistance from his strike partner Haaland.

Dortmund looked to be holding on to that result until the combination between Ilkay Gundogan and Foden left the away side heartbroken.

Though they might have suffered a defeat, Dortmund stands a chance of fighting for everything at Signal Iduna Park when they play the return leg while Pep Guardiola’s side will also hope there is a massive improvement on their performance from the reverse fixture.