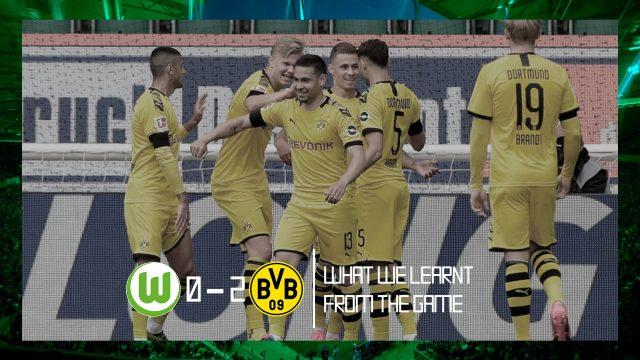 Saturday presented Borussia Dortmund another opportunity to continue their quest for a first Bundesliga title since 2012.

Dortmund are second on the table and are four points behind league leaders Bayern Munich, who they meet next on Tuesday night.

There are few notes to take from Saturday’s game as Lucien Favre’s side eased past Wolfsburg at the Volkswagen Arena. 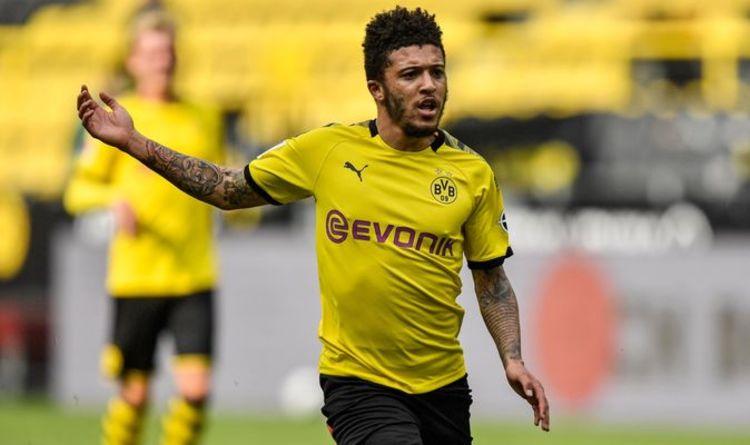 Jadon Sancho came on in the 65th minute for Dortmund and his presence changed the tempo of the game. He gave his side options while operating from either side of the wings, causing trouble for the opposition’s defence during his 25 minutes on the pitch. The England international also provided the assist to Achraf Hakimi for the game’s final goal.

EMRE CAN TRIAL AT CENTRE-BACK PERFECT IN TIME 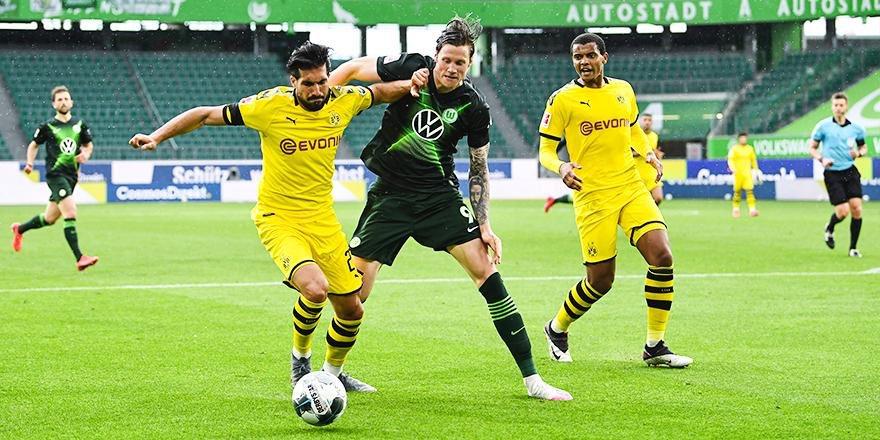 Emre Can only returned to training this week and was doubtful for the game but had to be forced into the game, with Mats Hummels coming off at halftime on Saturday. His time at the centre-back role gives Favre an option should the German defender be unavailable for the Klassiker on Tuesday. 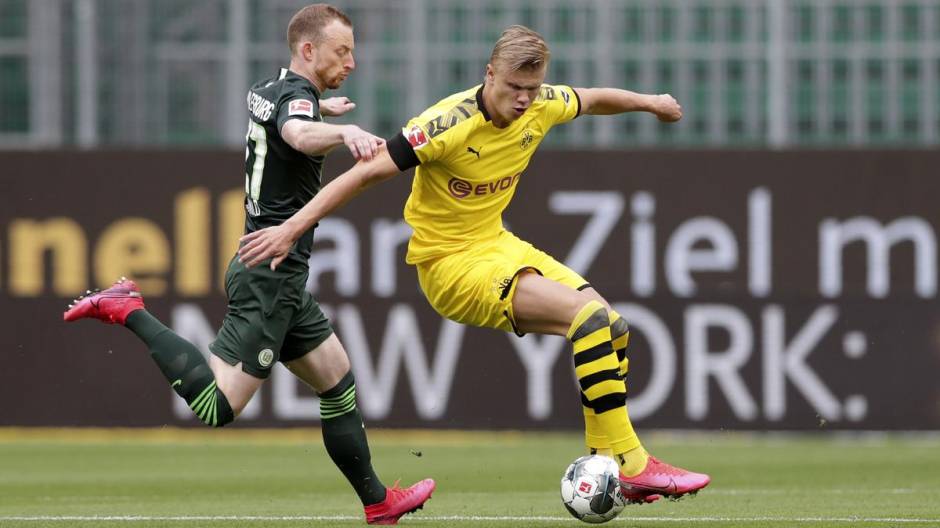 For the first time in a Dortmund jersey while playing in the Bundesliga, Erling Haaland looked lost in the game on Saturday. The Norway international played no shot through-out his entire time on the park, something which should be a worry for the gaffer heading into the title decider against Bayern.

Haaland has scored 10 goals in 10 games in the Bundesliga and the games against the Bavarians is one that his side will need him most.

His inactivity would be attributed to Dortmund’s challenge in breaking through the Wolfsburg defence and his only chance in the game saw him badly control the ball in the latter minutes of the game.

GUERREIRO A SECRET WEAPON ON ANY DAY 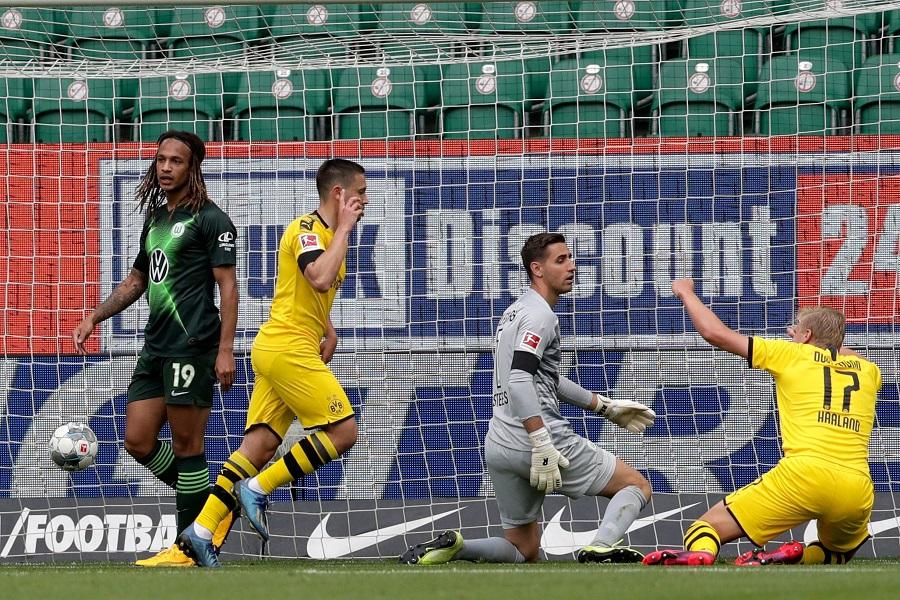 Raphael Guerreiro once again was among the goals for Borussia Dortmund as he scored his eighth league goal. The Portugal defender despitely operating as a left-wing-back role was seen on the right side in a number of occasions. His runs are a threat to every team that may have difficulties in tracking back.

Favre will hope his performances in the last two games is replicated against the league leaders as they try to close the gap.