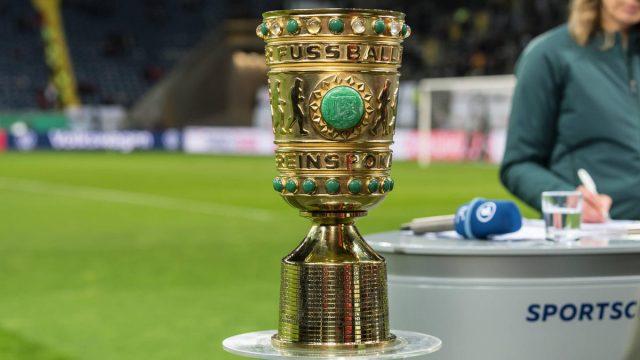 Following the DFB-Pokal draw on Sunday, Borussia Dortmund are expected to play host to Holstein Kiel in the semi-finals.

The Black and Yellows will look to progress to the final of this season’s competition, having defeated Borussia Mönchengladbach in the previous round.

We will face Holstein Kiel in the Semi-Final Round of the DFB-Pokal! pic.twitter.com/PRqZ2mu3Zd

The draw seems to be a favourable one for Edin Terzic’s men, who could be setting up a potential final with fellow Bundesliga rivals RB Leipzig.

Julian Nagelsmann’s men face the winner of the game between Werder Bremen and Jahn Regensburg in the other semi-final fixture.

However, Dortmund cannot underrate the level of their opponents despite they being in the second tier of the German league.
Holstein Kiel advanced to this stage of the competition, beating the likes of FC Rielasingen-Arlen, Bayern Munich, Darmstadt and RW Essen.

While Dortmund have had very few high-profile clubs, underrating their next opponent would be something they would need to avoid if they were to achieve any trophy for the 2020/21 campaign.

The semi-finals of the DFB-Pokal will take place on May 01 and 02, 2021. The final, as always, will be held at the Olympiastadion in Berlin on May 13.