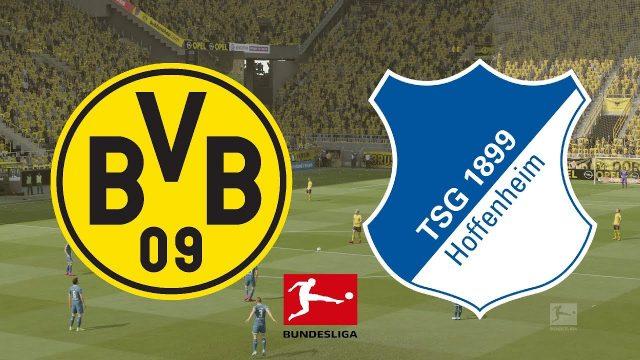 Borussia Dortmund following their loss to Freiburg last weekend will go into another round of league action hoping to redeem their image.

Edin Terzic’s side will host Hoffenheim at the Signal Iduna Park on Saturday, with an eye on all three points at home.

Hoffenheim’s record away from home has been far from convincing and have managed two wins in their last games on the road.

Sebastian Hoenes’ men thumped Dortmund in their last visit to the Signal Iduna Park, beating then Lucien Favre’s side by four goals to nil.

While they are looking to build on that, they have also lost their last two games in the league and are under serious pressure to make it to the European spots.

Roman Burki is expected to sit out this game as well with a shoulder injury. Thomas Meunier will also be on the sidelines while the coach has Thorgan Hazard available. Zagadou and Schmelzer are also out.

For the away side, Akpoguma (hamstring), Bicakcic (knee), Geiger (hamstring), Hübner (ankle), Nordtveit (foot), Sessegnon (thigh) and Stafylidis (shoulder) will miss the encounter on Saturday.