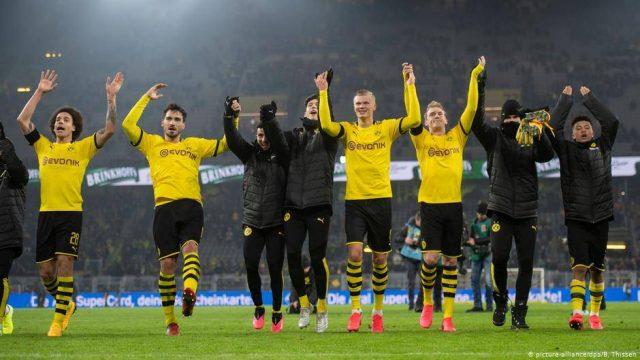 Borussia Dortmund players voluntarily agreed to sign a pay cut in their salaries. This comes in the response to economic backlash caused by the coronavirus pandemic. In Germany, the top two divisions are at present suspended until 2nd April.

Various football organizations have equally shown concern and reacted positively to the currents state of affairs. In a statement by the German Football Association (DFB), the national team made a donation of 2.5 million euros to help in the struggle against coronavirus disaster in the country.

“The move to forego their salaries was a deliberate decision by the players. They thought about it and informed themselves” said the Bundesliga club’s managing director Stephan Schippers. “It is therefore our collective responsibility as a club to fight this crisis in the best way possible if we are going to survive it” He added.

Coach Marco Rose and the club’s directors were also reported to have taken a pay cut.

Schippers emphasized that playing behind closed doors could be the only way to survive, even though it could cost them about two million euros per game. He further suggested that the continuation of games without spectators could be sustainable economically for most clubs.